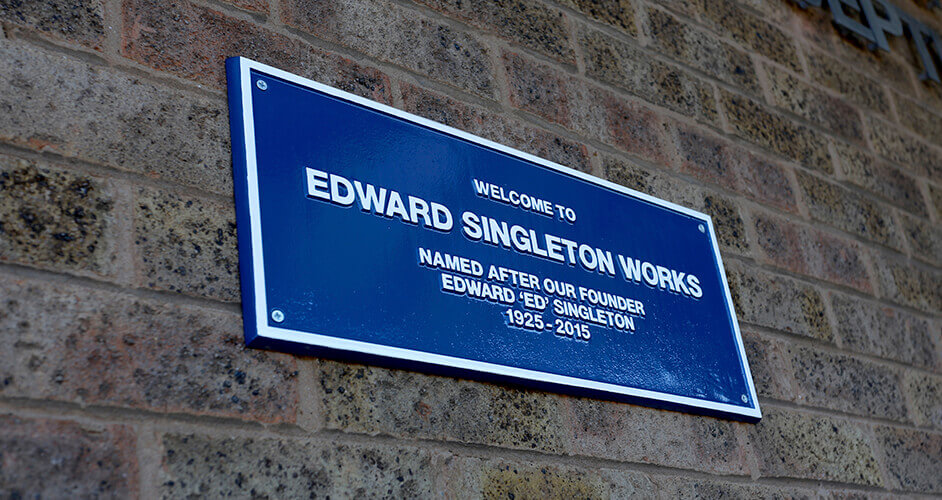 New signage has been unveiled at our Brighouse head office, dedicating the building to our founder, Edward ‘Ed’ Singleton.

Formerly known as Factory One, the building has now been officially renamed Edward Singleton Works, in memory of the man who started the company in 1967.

As well as an external sign dedicating the building to the former Managing Director, an internal sign provides visitors with more information about his life. It details how Ed began his working life as a 16-year-old engineering apprentice, eventually going on to found Introl Ltd and overseeing the company’s growth and expansion for almost 25 years.

Although he retired in 1990, Ed continued to be actively involved in Kent Introl’s continuing success, including its move into the KOSO Group, until shortly before his death in 2015 at the age of 90.
The new signs were unveiled by Managing Director Lynn Mowbray, who oversaw the tribute in conjunction with the Singleton family. 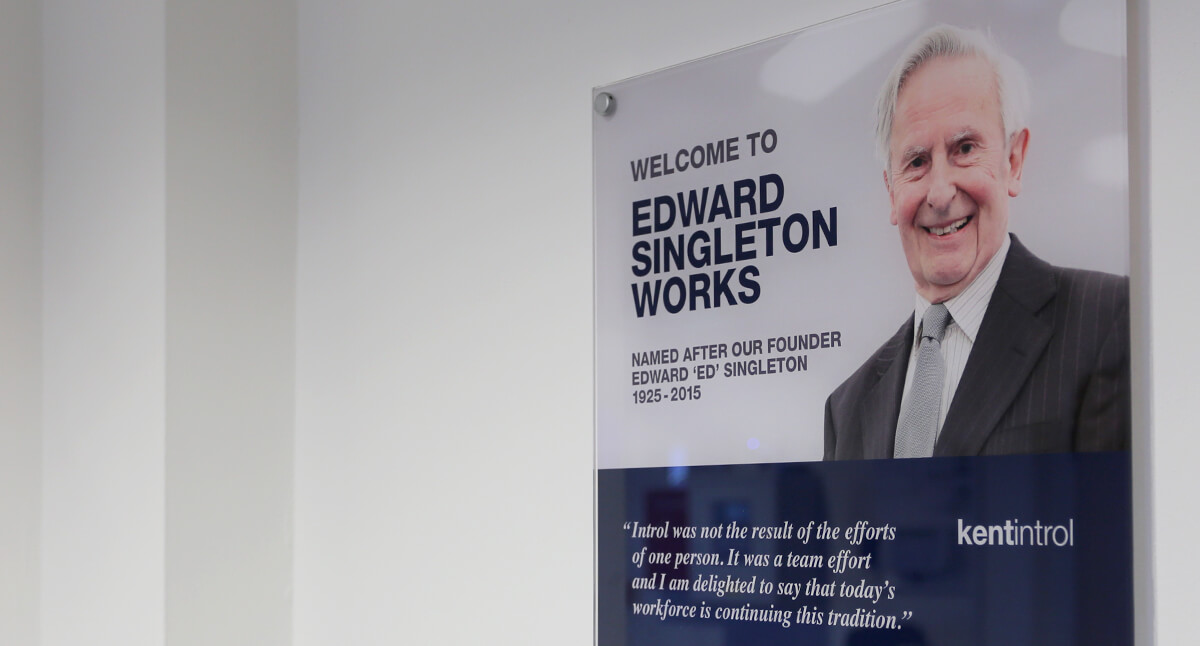